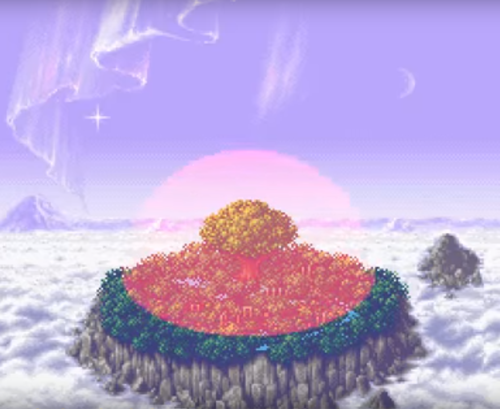 Welcome to Part Three of our Secret of Mana Reviews. Today’s topic is Secret of Mana 3, a game which we never got to experience in North America, but which was thankfully translated by some dedicated fans. You’re probably wondering how you can play this awesome game so here’s a link to the Seiken Densetsu 3 fan translation.

I really recommend that you purchase a physical copy of the game. You sometimes can find it on sites like Amazon. At time of this writing, it is about $160 but it is so worth it. Buy Secret of Mana 3 on Amazon.com

I don’t condone piracy so I’m not putting a link to the rom here. You can find it easily enough for yourself.

I’m really excited to be writing today’s review because this is my favorite game in the Secret of Mana series (although Legend of Mana is a very  close 2nd.)

Concept: 10/10 Seiken Densetsu 3 is an action RPG with real-time combat that is part of the Secret of Mana franchise. The game features 6 playable characters. When the game begins it asks you to select 3 of these characters to focus on, similar in a way to games such as Live-a-Live and Saga Frontier. Like Secret of Mana, Seiken Densetsu allows for you to play simultaneously with a friend. When playing solo, you can freely switch control between the characters, and have the other 2 characters back you up via artificial intelligence. Also like Secret of Mana, there is a ring like system which allows you to equip weapons or cast magic spells.

Gameplay: 10/10 The big differences and improvements over Secret of Mana focus on the leveling and class system. Upon level up the player chooses which stats to enhance for each character and at different levels the player can unlock different classes which each have a unique set of skills for each character, for a total of 5 (counting the starting class) classes for each character, times 6 characters, you have 30 unique classes and unique skill sets to explore. Although the classes are labeled as light or dark variations, they do not impact the storyline in any way.

There’s also a night/day cycle and a calendar system which similar to games such as Final Fantasy XI, gives a magic boost on different days to increase the effectiveness of corresponding magical spells. The calendar system also changes which in-game events occur and even what enemies you encounter.

Story: 8/10 Story has never been this series strong suit if we’re being honest. Despite that, I enjoyed the story in Seiken Densetsu 3 more than any of the previous titles in the series. This particular game has a unique approach to story that differentiates it from the other installments. As mentioned, when the game starts, you select 3 characters to focus on during the story out of 6 total. You also distinguish who your main character will be and this is the focus of the story. All 6 of their stories are intertwined, and to really experience the whole story you need to play the game multiple times using all 6 of the different characters.

Seiken Densetsu’s story is also unique in that it is the first game in the series to begin to establish some continuity between game worlds. In fact, there is a direct sequel for the NDS called Heroes of Mana (which I sadly have not played yet). I also find it interesting how the mana goddess in Seiken Densetsu 3 is a sleeping tree, and the tree is also a main symbol/character in Legend of Mana as well.

Characters: 7/10 Like any game with multiple stories, some are more interesting than others. Character interaction depends heavily on who you have in your party and that does detract a bit from the freedom given to pick and choose your party members. It was interesting in concept, but poorly executed, as more dialogue should have been written in for the other characters as well. – Still, overall, the plot and characters in this game remain much more detailed and interesting than the bare bones plot and characters in Secret of Mana.

Music: 10/10 The music for the game features many symphonic sounding tracks and melodic piano pieces which highlight the different scenes throughout each story. It is a huge soundtrack with over 50 different tracks recorded, making it quite possibly one of the largest soundtracks for an SNES game.

Graphics: 10/10 This game is just beautiful to look at, it really pushes the limits of what was thought to be possible with 16 bit hardware. When this game was released, systems such as Sega Saturn and PS1 had already arrived in Japan and I’d argue that this game almost looks as good as many of the early games for those consoles as well. I especially love the use of color, and the details given to the textures and environments.

Replay Value: 10/10 – unlike other games in this series, Seiken Densetsu 3 is a game which must be played 6 times to see the whole story. There are also significant differences depending on who else is in your party, making it actually possible to enjoy playing it even more than 6 times.